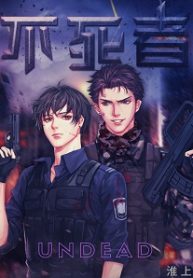 “When the Lord Jesus comes for the second time, those who died in Christ’s name will be raised from the grave first.”

In 2019, an outbreak of zombie virus quickly swept the world within months.

Communications were interrupted, water and electricity support ceased, chemical plant leaked, nuclear power plant exploded, the world was reduced to be like hell on earth; without God, it became an era of legends and saviors, with the fire of survival instinct rekindled within mortals.