I Woke Up Pregnant With An Undead's Child 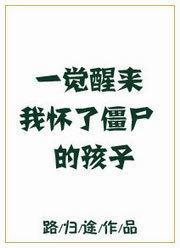 Zhang Qiu is an archaeology undergraduate. One month ago, he went to Qinling Mountains with a group of archaeologist doctorate students led by Prof. Fang, to study the newly discovered ancient tomb. While the people were excited to open the tomb, Zhang Qiu was pushed back, and accidentally fell into an opening. Before he fainted, he saw a pair of red eyes staring at him. When woke up, he discovered that he was deflowered! QAQ he remembered the deeds and often dreamed of it.

Later, he was having symptoms of a pregnant woman.

After coming back to his hometown, his dad confirmed his fears. Both father and son went to seek help from his dad’s older brother, who ZQ had never met. Who would have thought, Zhang Baba had a dark past and ZQ also found out his Zhang Family was not an ordinary family at all.

While being kidnapped and tomb raiding, ZQ fell for a man with long hair, who always took care of him. This is where he discovered he was BENT! Can’t resist beauty!