The Transmigration Routine of Always Being Captured by ML 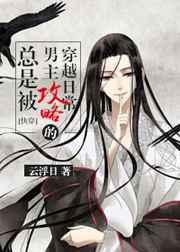 One morning, after being bound to the system, MC started his routine of always being captured/ attacked by the ML.

It doesn’t matter if he transmigrated into the ML’s little brother (TN: Here I think brother disciple) or master or opponent, but in the end he is still forcibly taken by the ML.

After transmigrating to many worlds:

MC: Come out system!!! The heck?! Why do these MLs not love their female goddesses, but insist on doing it with me! Aaaaahh!!!