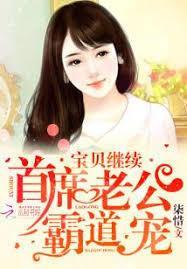 He is a legendary business powerhouse, a King with a business empire. She is just an ordinary female student. A deal, – a paper marriage, a marriage for four years. Four years later, she turned away fearlessly. She thought that their path would never cross again, but he took her in his stride and refused to let go of everything about her, even interfering with her getting close to other men!

She had to ask what he meant.

And he shoved a small bun in her bosom with a look of disapproval.