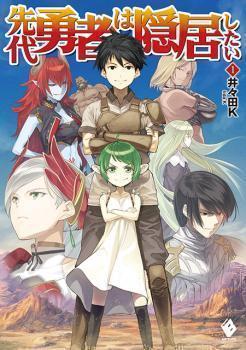 Three years ago, in the land of Reinbulk, a Legendary Hero was summoned in the Kindom of Leezalion and he succeeded in repelling the Demon King. Now, five students are summoned back into Reinbulk by the Kingdom of Luxeria to fight against the Demon King and the demon army. Unlike the other heroes, Yashiro Yuu has no magical affinity and the Luxeria Kingdom has no intention on acknowledging his existence or returning him to his world.

However, Yuu is actually the previous Hero that had fought the Demon King. Moreover, he is perplexed at the situation since he knows the Demon King has not returned since he sealed him. If the seal was ever broken then he would be automatically summoned instead of normal summoned. Since he already saved the world once and the Demon King hasn’t been unsealed, Yuu decides to leave the demons to the new heroes and retire from the Hero business. So he decides to become an adventurer.

Chapter 152 – The Preceding Hero and the Witch of Time