My Pet Is a Holy Maiden 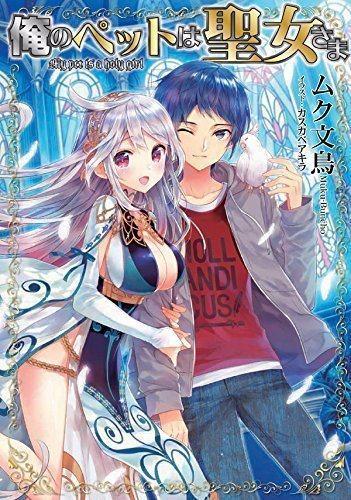 Yamagata Tatsumi and his family were traveling in their car when a wild truck smashed into their car. But wait! The MC wasn’t dead yet, his entire family was though. With his entire family dead and relatives abandoning him, the only one remaining by his side was his pet cockatiel. For a year he lived only with his pet, who had been with him since childhood. But finally, her lifespan reached its end and she died in his arms.

After his pet died, he lost his will to live and spent everyday meaninglessly. But since her death, every night he dreamed about a girl praying inside a room made of stone. 10 days passed and he reminiscences about the bird while playing with his acoustic guitar the song they used to sing together. Then suddenly the area around his bed began to shine, and the scenery around him changed.

He was still on his bed, but the room turned into the one from his dreams, and the girl was there. The girl was teary eyed and then jumped upon and embraced him. The girl, Holy Woman Calzedonia, smiled brightly and said “Finally… finally we meet again, master… I am your pet…. Chiiko!”