I Got Reincarnated And Mistaken As A Genius? 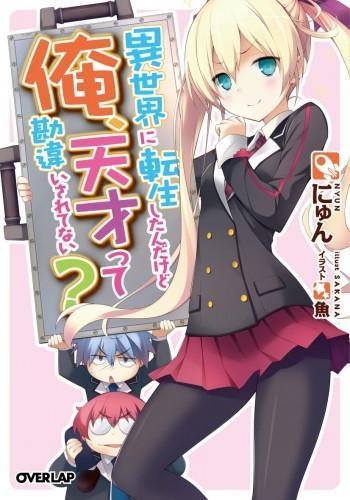 Arakawa Kouki is reincarnated to a Japan with a different history than the Japan he knows with the memories of his previous life still intact. Kouki was discouraged, “Aren’t reincarnation stories supposed to be at some fantasy world filled with swords, magic and elves?!”

But one day, his random scribbles leads (his mom) to the discovery of a certain formula, which as a result, leads him to be mistaken as a genius by the entire world.

For that achievement he is sent to the school of prodigies, the State Technology Academy, where he meets the Canadian girl, Alice, and the robot engineering genius, Shingo. And even at such a place, he is still mistaken as a genius?! Every time Kouki shows his knowledge from his previous life, he is mistaken as a genius, and everywhere he goes irregularity follows.

This is the comedic life of a genius reincarnation loaded with misunderstandings.